How do you define a legacy?

I took the morning and afternoon of Friday, March 17th to tour the Sixth Floor Museum at Dealey Plaza in Dallas, Texas. This is where President John F. Kennedy was assasinnated on November 22nd, 1963. I went to pay my respects and learn more about this iconic figure in American History. The museum is a place haunted by the acts that occurred on that tragic day, however it also serves as the place to remember a legacy that will forever lead this country towards a better tomorrow. I decided to write about my takeaways from this experience, including important information about JFK that I believe everyone should know or be reminded of. It’s a lot of information, but I promise you it’s worth the read. Here’s my tribute to a man taken far before his time, I hope you find this piece of history both moving and inspiring. 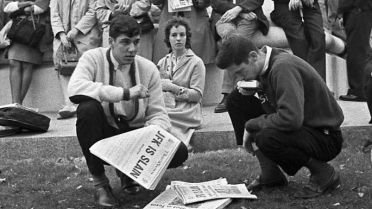 Thanks for reading, I hope this was helpful.