I no longer flinch at 18 wheelers passing by, inches away from me on the road.

Today was unpredictable to say the least. I slept in until about 10, when I rose from my comfortable queen sized bed in the Warm Showers home I found in Monticello FL. I spent the morning with Maria, talking to her about various things such as her career, family, relationships, among other topics. She made me a delicious breakfast with eggs, pancakes, strawberry whipped cream and pound cake, and fried plantains. Needless to say, my first experience with Warm Showers was phenomenal. I then set off to Tallahassee where I would meet a reporter for an interview at 3:30, mind you that interview was not set up until that day. I covered the short 27-mile stretch with little struggle, although the Red Hills leading up to Tallahassee, as they’re called, didn’t make it a breeze. A dominant head wind added more resistance to this short ride, but I got there nonetheless. I arrived at Dorothy B Oven Park and conducted my interview with a reporter as planned. After that I raced over to Florida State University for a gathering that took place at the Madison Social, in college town. 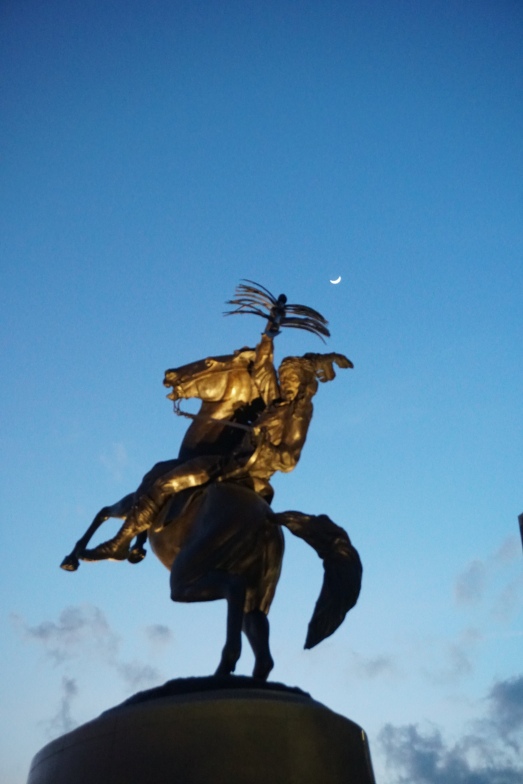 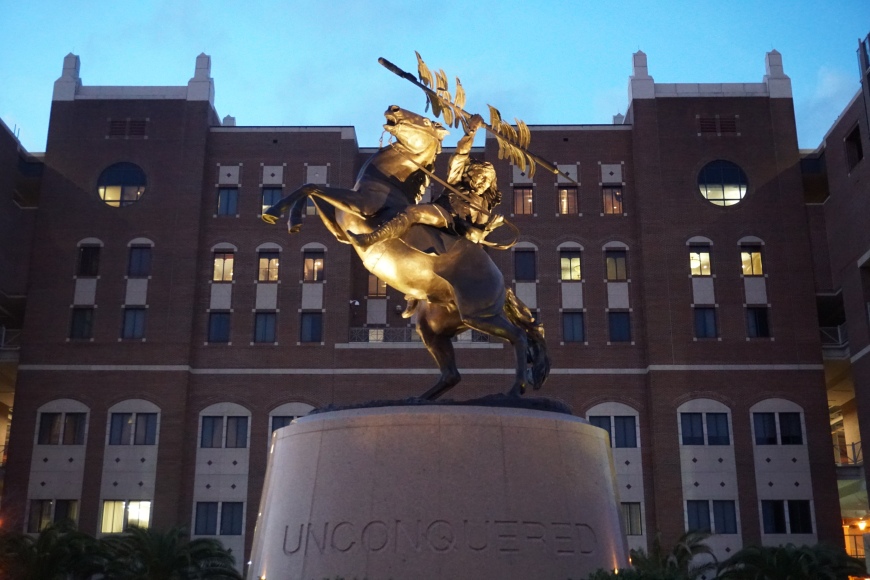 I met some wonderful people who were interested in learning about my story, and afterwards a few of us made our way over to the football stadium where I took some awesome footage with my drone. After that, the sun set and I was left in darkness, with a half planed out destination in mind for that evening. I made my way west towards theoutskirts of Tallahassee, where I found a Warm Showers host who allowed me to sleep in her back yard. The ride over to her location got sketchy at certain points, I can understand why night riding is so dangerous now. It’s hard enough for people to see you during the day, at night that risk is multiplied and I had some close calls. I made it 5 miles in about 25 minutes to this destination. It was great to break out the tent and sleeping bag I’ve been lugging around this whole time, but I had to do it in the dark which was an added challenge. 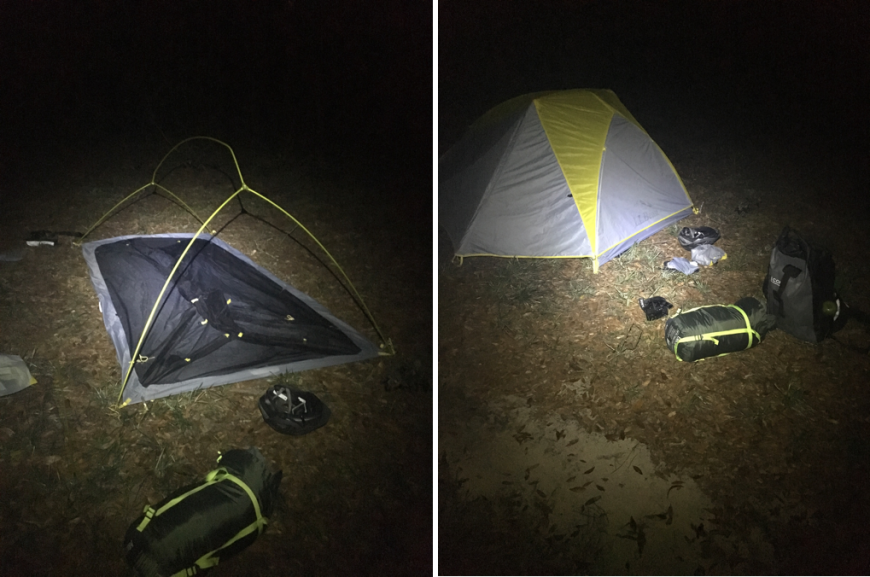 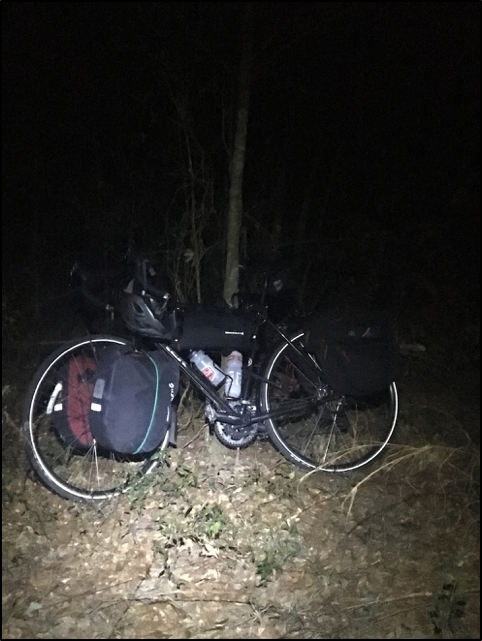 Not to mention I was being attacked by mosquitos the entire time. I laid out my sleeping bag and prepared for bed, only then to be startled by the sound of two owls in a nearby tree. Their hoots were nothing compared to the other sounds that I heard later. I’m not sure what was going on in the woods but I didn’t want any part of it. I brought the clothes I would be wearing tomorrow into my tent, placing them inside the sleeping bag stuff sac to function as a pillow. My sleeping pad had been one of the last items I decided to remove from my gear before I left, and I was starting to realize the consequences of leaving it behind when I felt the ground I would be sleeping on. I finally laid down for bed, having one last thing to do before bed, check the weather. I looked… 90% chance of rain at 2:00 AM. I unzipped my tent and went over to my bike, removing all non-waterproof items from the bike then applying the rear pannier waterproof sacs. I was at this point almost entirely unclothed, minus my shorts. In the two minutes I was out there I was eaten alive! Regardless everything was set for the rainfall, I was hoping it wouldn’t be too severe. 115 miles to Panama City beach requires a good night sleep; it’s the longest stretch of my journey so far.