When was PD discovered?

The disease has affected people since ancient times. It is referred to in the ancient Indian medical system of Ayurveda under the name Kampavata. In Western medical literature it was described by the physician Galen as “shaking palsy” in AD 175. However, it was not until 1817 that a detailed medical essay was published on the subject by London doctor James Parkinson. Dr. Parkinson was the first person to systematically describe six individuals with symptoms of the disease that bears his name. 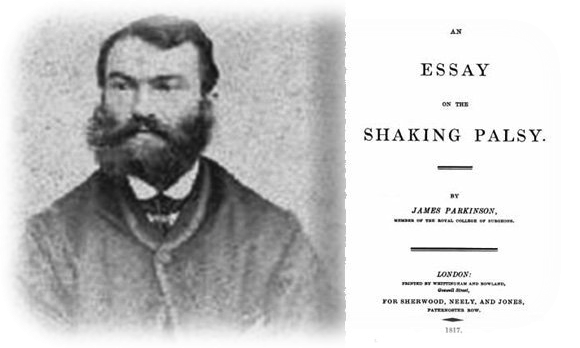 Above is a photo of Dr. James Parkinson (1755-1824) to the left, and the first publication on Parkinson’s disease shown to the right